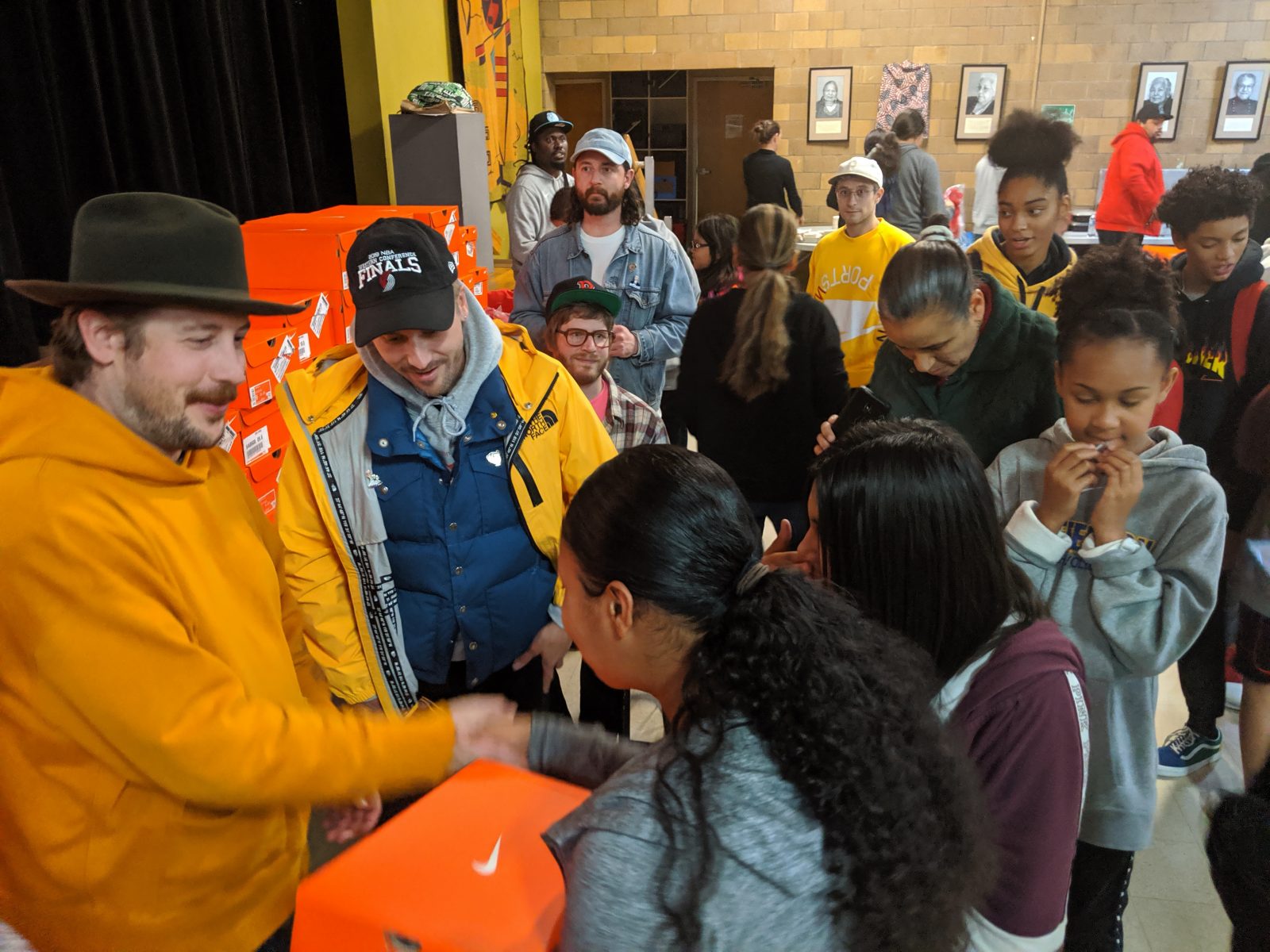 "Portugal. The Man continue their charitable ways with donation to NAYA"

Earlier this year, we brought you a cover feature of Portugal. The Man that discussed their commitment to the city of Portland and the residents therein.

John, Zac, Jason and the gang decided to do some creative do-gooding, in the form of a bet with Denver-based producer Illenium and band OneRepublic.

As we all well know, Portland blazed the Nuggets in 7 games to advance to the Western Conference Finals for the first time in 19 years. Payment being due, all the artists all made good and then some.

Last week, Portugal. The Man arrived in person to Portland’s Native American Youth and Family Center (NAYA) where they handed out new Nike shoes and jerseys to the students. Families were invited as well, to enjoy a community meal, the surprise gifts, and the opportunity to chat with the band.

At the event, ELEVEN received word that Portugal. The Man may be founding a charitable organization for more projects like this, and we will keep you updated of that as it develops.