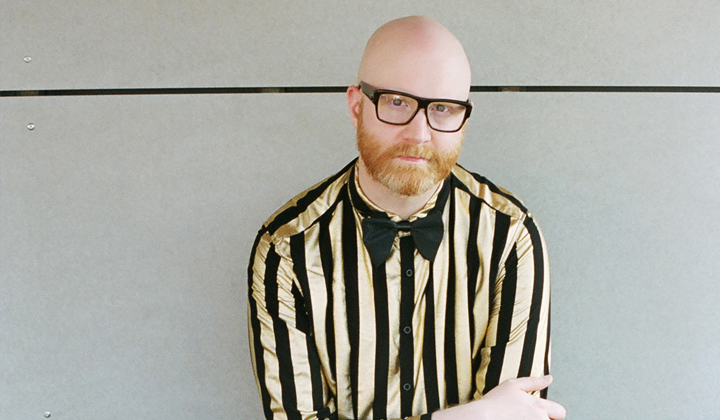 Logan Lynn has spent the past 2 decades working in music, TV, film, fashion and community. He is currently the Director of the PTM Foundation and helps Grammy winners Portugal. The Man plan, organize and deliver strategies related to advocacy, community engagement, philanthropy, grant-making, and organizational partnerships, in his role. Lynn helped the band develop and launch PTM Foundation from the ground up and has partnered with Portugal. The Man on advocacy and community events since 2017.

Logan is also the global Public Relations Director for .GAY, a domain extension owned and operated by Top Level Design, and an international fundraiser for LGBTQ+ community organizations. He is the recipient of the 2017 National Council Award of Excellence for Artistic Expression and, in 2018, Kink FM named him one of The Portland 50, honoring the people who “dreamt, built and championed the innovation, growth and uniqueness of Portland”. Musically he is a pop musician with over 20 years of albums, shows, videos and tours under his belt. Logan is also the former host of “NewNowNext” on MTV’s Logo network and has released music on Caroline Records, EMI Records, Greyday Records, Mohr Media, Beat The World Records, and Banana Stand Records.

From 2014-2018 he served as Chief Impact Officer on the Executive Team at Trillium Group, which oversees the Trillium Family Foundation, Keep Oregon Well and Trillium Family Services, Oregon's largest provider of mental and behavioral healthcare for children and families, for which Logan simultaneously served as Chief Communications Officer. Logan began working for the organization in 2014 and is the brainchild behind the Keep Oregon Well campaign to fight stigma, named one of the top mental health anti-stigma campaigns in the country by multiple national media outlets when it was launched in 2015. He oversaw an annual budget of over 43 million dollars and 700 employees during his time at the organization.

Logan is also a former Advisory Board Member for Unity Center for Behavioral Health in Oregon, the first mental health emergency room in the country. From 2010-2014 he served as Public Relations & Innovations Manager for Q Center, which operated the LGBTQ Community Center and the Sexual & Gender Minority Youth Resource Center (SMYRC) in Portland at the time.

Lynn studied photography, design and mixed media at the Pacific Northwest College of Art and has a background in branding and design. He was on the team responsible for the design, site selection and construction of American Apparel’s first 35 retail locations, transforming it from a wholesale company worth $35,000 to a publicly traded corporation worth over 150 million when he left to pursue music full time in 2007.